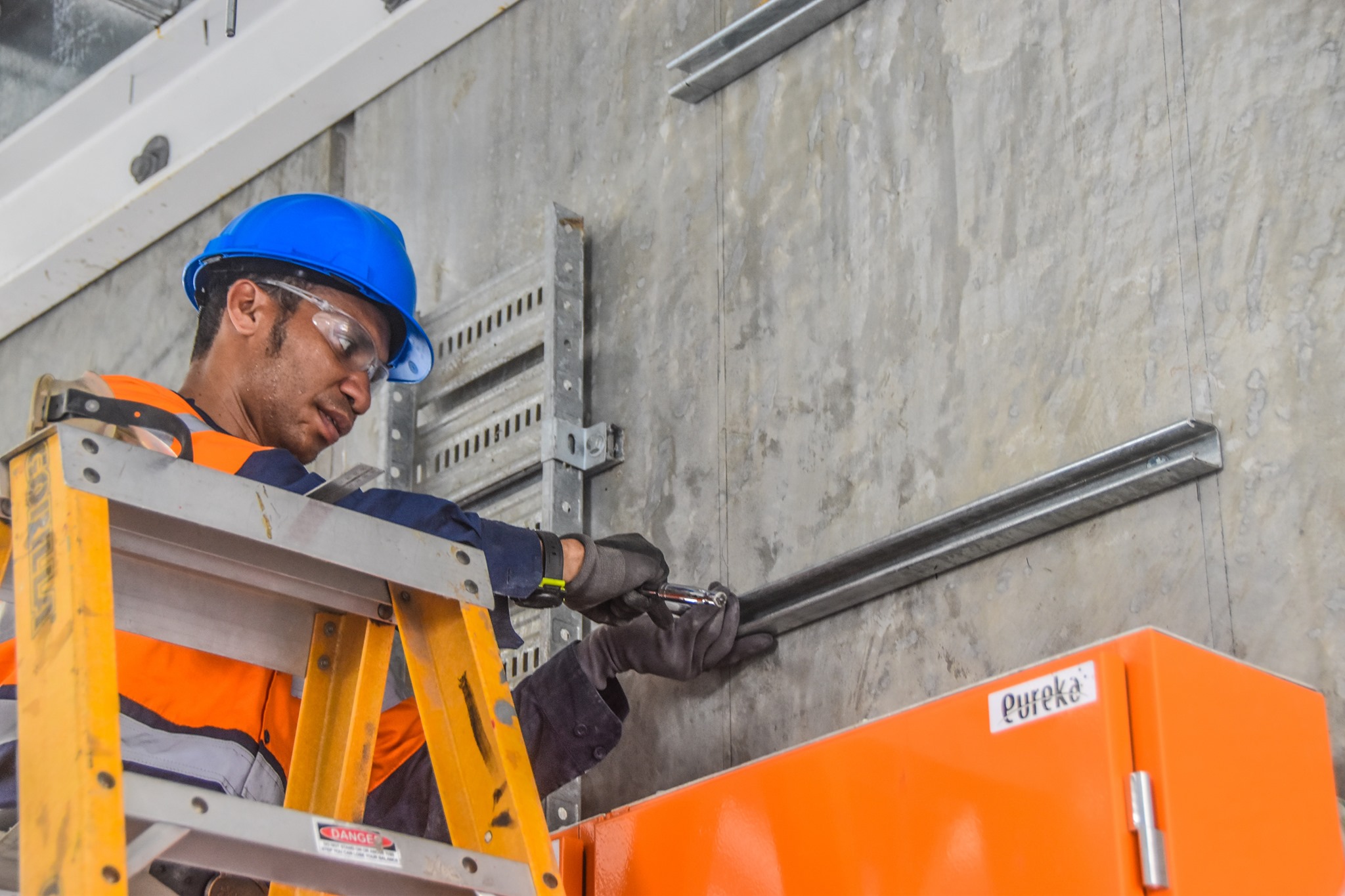 PPI supplied a range of electrical materials onto this expansion project of the Sir Hubert Murray Stadium including the Main Switchboard and Distribution Boards.

The Sir Hubert Murray Stadium is an iconic part of Port Moresby and we were extremely excited to be a part of it.

The Hubert Murray Stadium is a sports venue located in Port Moresby, the capital city of Papua New Guinea. It was developed for the 1969 South Pacific Games on reclaimed land at Konedobu that had previously been shoreline mangroves. The athletics events and the opening and closing ceremonies were held at the new stadium, which was named after Sir Hubert Murray, a former lieutenant governor.

With an initial capacity of approximately 15,000 spectators, it was used for soccer and school athletic events after the 1969 games. In late 2003, a three-stage redevelopment of the site at a cost of K120 million via a public-private partnership began to expand the capacity to seat 25,000 people. The redeveloped stadium will be used for rugby league, rugby union, and soccer in a venue fit for FIFA standards, naturally grassed and with lighting suitable for television broadcasting of night events.

<  Back to projects Next project >